Inspiration is an imaginative leap of faith 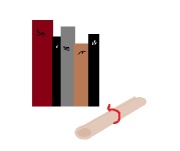 I refuse to let the facts get in the way of my beliefs.

I CANNOT STOP IT SEEMS

TOO SOON I’LL LOSE MY WITTY

AND MUST RESORT TO TEAMS

PEOPLE ALL AROUND ME SURE

THAT I WILL FALL AT LAST

BUT TO MYSELF I’LL STILL BE PURE

AND GIVE A LITTLE BLAST

I’LL GET MY MOTORS GOING STRONG

AND THEN I’LL BE MORE BRIGHT

WHAT CAN I SAY I MAY BE WRONG

BUT WAIT I MAY BE RIGHT

IT REALLY WAS QUITE FUN

I DO NOT WISH TO SEEM A FINK

BUT NOW THIS DITTY’S DONE.

If we are aspiring to be a paperless society, what will we use in the bathroom?

I don’t usually accept awards for a variety of reasons but Suzie81 had a competition where the prize was a weeks worth of advertising on her blog.  I like her blog and I was one of several winners so here it is.

You really should check out http://suzie81.wordpress.com, you’ll be glad you did.  Thank you Suzie!

The age of the computer, where an electronic beep announces your every move.

According to Wikipedia an entitlement is a guarantee of access to something, based on established rights or by legislation. A “right” is itself in entitlement associated with a moral or social principle based in concepts of social equality .In a casual sense, the term “entitlement” refers to a notion or belief that one has a right to some particular reward or benefit[1]—if given without deeper legal or principled cause, the term is often given with pejorative connotation (e.g. a “sense of entitlement”).

Now at its core entitlement is a good thing.  It ensures that those who are the most vulnerable will not be forgotten by society.  The downside is that when some people get a sense of entitlement it can often be used to browbeat everybody else.

I have met more than a few people who believe that if you are able-bodied you need to kowtow to them.  I know a woman who thinks it’s beneath her to say please and thank you.  She’s quite happy to order everybody around because you see she’s in a wheelchair.  She doesn’t like me.  I point out how rude she is being.  I never said I was a nice person!

Every single individual on this planet is entitled.  We are entitled to think, to breathe and to communicate as we see fit.  We are not entitled to denigrate, to condescend or to judge anyone else.  There are people who don’t believe they are entitled to anything and I disagree.  We all come into this world exactly the same way.  An egg and a sperm walk into a womb and the baby is made.  After a whole lot of crunching and groaning a little one breathes air and the journey begins.

A person’s stature should not be measured by inches, but by deeds.

To be older and wiser is to realize that we still have a lot to learn.