May tomorrow be the today we dreamed about yesterday.

Wandering through my dream

The handle gives me splinters

But the wheels all brightly gleam

The shinning wheels are turning

As we saunter down the street

Going to the future

And some yet distant treat

The simple life I led

When I was but a child

Still lets me wander there

And lets me still run wild

The mists once more depart

I know the place by heart

How do we make sense of an insane world?  We dream.

There is no such thing as an insurmountable problem, just solutions no one is willing to try.

I first posted this story December 2013.  I kinda like it and wanted to share it again.  I hope this Holiday was wondrous for everyone and may the New Year be kind to us all! 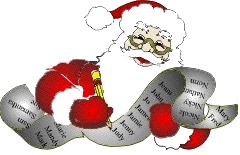 When Sebastian Phillips finished writing that phrase on his bulletin board he turned around to see what the reaction had been on his students. He was not disappointed.   Because this was a first-year philosophy course he expected them to be a little green when it came to abstract ideas. After all they were just kids. Truth be told, Professor N. Sebastian Phillips wasn’t all that much older than his students.

When he looked around the room Sebastian saw surprise, humour and perhaps disbelief, it was also very quiet. Here he was, a college professor talking about a white haired, fat man in a red suit as if he were real. Well real and dead.

Sebastian looked out at his students. They seemed relieved, this was more like it.

“Professor, those two statements cannot both be correct. There either is a Santa Claus for isn’t there? I mean really! ”

“Come on Professor there is no Santa Claus! That is only a marketing gimmick to get parents to buy more for their kids. Commercialism at it’s best: vulgar!” These words were spoken by a young woman with an earring in her nose and one in her belly button which flashed every time she turned around.

At this point the room erupted in confusion. A great many of the students were arguing about the wisdom of using symbols, some about the evils of commercialism in general and the western world’s corruption of money in particular. Sebastian noted which students seemed to think he was demented and which students were curious. Curious minds are open minds.

Very quietly Professor Phillips spoke. “Amanda did you believe in Santa Claus as a child?”

The room was suddenly quiet. Everyone turned and looked at Amanda, eager to learn her answer. The professor had chosen to ask the one person in the room who appeared normal. She was conservatively dressed with no strange piercings throughout her body. She also preferred to observe any heated discussions without actually joining in.

The answer was a few minutes in coming and it was not the answer everyone was expecting. “I still believe in Santa Claus and I do not believe he is dead professor.”

And then there was pandemonium. Only snippets of conversations could be heard. “I always knew that woman was nuts!” Geez I wish I had taken a mathematics course, that would of made sense.” “It is going to be a very long day.” “Do you want to go to the pub afterwards I think I could use a drink?” “I don’t know who is more insane: that Amanda chick or that Professor?”

“Okay everybody pipe down, you have had your little discussions and each one of them has some sort of validity. Problem is you’re not listening. Does Santa Claus exist? Yes. Does he exist as a fat, old man in a red suit? Yes. That guy in the red suit is on every corner in the Western world ringing a bell and selling products. Something can exist in more than one embodiment. We see the jolly, old fella and we equate him with shopping at Christmas. Do you know where the idea for Santa Claus came from? Amanda might. Because she alone seems to understand what Santa Claus represents, and who he is. Let me tell you a little story.”

“In a coastal town called Patra, in what is now Turkey, in the year 260AD a child was born. His name was Nicholas. His parents were taken from him when he was a child and yet he still grew up with a generosity of spirit and a love of children. He was a rich young man who tried to use his money to give other people happiness. He did ‘good’ in secret. Eventually he became known as St. Nicholas, Bishop of Myra and his generosity continued.”

“Over the centuries St. Nicholas has become beloved by many religions. Our Western traditions of Santa Claus and Father Christmas originated with St. Nicholas. His faith and his actions make remembering him more important even in our day and age. He is our Santa Claus and people need to remember him. In essence it is his spirit of giving that is behind our traditions at Christmas. The spirit of Santa Claus is alive and well.”

“A beautiful character is more powerful and more memorable to more people than any marketing ploy or religious dogma. Santa Claus, even if he comes in the guise of a human being is still the loving spirit of the good Nicholas. Santa Claus does exist, and should continue to exist for as long as we remember what he stands for.”

There was total silence in the room. Not a single student had a humorous quip, or disparaging remark to make. In fact when Sebastian looked around the room he saw only understanding and awe. Finally, these supposedly well educated young adults had picked up on something that all children knew from a very young age: if you believe, it will endure.

Sebastian smiled to himself and started to gather up his books and notes. The class had gone well, better than he’d expected. But the year was getting on and there are places he needed to be so he was going to have to tender his resignation and move on. But at that point Sebastian realized that not every student had left the room. He looked up.

“Professor Phillips you haven’t been completely honest with us have you? I know that Santa Claus exists and not as the jolly, red suited man, but rather as St. Nicholas/St. Nick. You see my family can trace its roots back to that same town in which St. Nicholas was born. As a matter of fact we’ve kept a very close watch throughout the years on the descendents of that family. It has always been the responsibility of my family to ensure that yours is protected. I’m surprised you didn’t know that. What’s your first name Professor Phillips?”

“Yes I thought perhaps you did know,” Sebastian’s grin was even more pronounced. You know I won’t be here next week. I have a lot of preparing to do and Christmas is not far away. And yes I am Nicholas. ”

We only get one shot at this life, make it count! 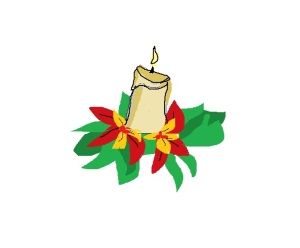 We meet once more

May your Holiday be wondrous

And may the New Year bring peace to us all! 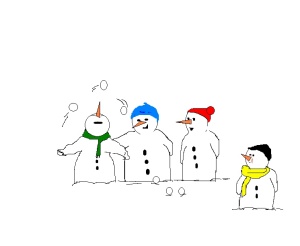 If we are aspiring to be a paperless society, what will we use in the bathroom? 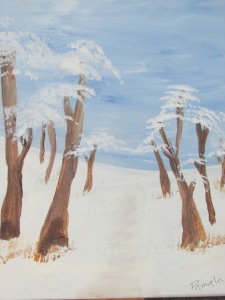 The tip of my nose

Gets cold when it snows

But the top of my head

With a coat and a hat

And a scarf that is fat

But now down below

Something else is aglow

Two knees and some toes

With the appropriate form

Your choice now you choose

So winter is here

For awhile yet I fear

So enjoy it I say

Each moment, each day.

Curiosity is the first step towards wisdom.