People who know me, know that I love words. I love to write them. I love to speak them. And to a lesser degree, I love to hear them. I have also been known to spend my days waffling through tangents galore. But I digress.

I was recently commenting on a blog using the words “whale piss”. Yes, it was a humorous reaction to a comment on his blog that was hilarious. The entire exchange can be found at: http://www.thewhelkwordpress.com.

It actually made me start to wonder about how aquatic animals urinate. With the billions of creatures in the oceans and the fact that much of it is connected, leaves an odd feeling in my stomach. I have swum in the ocean. And I have tasted it’s salty water. Oh my god it’s a urinal! It is! It is! They poop there too! How can they ever get clean?

When birds poop it usually lands on the ground. Occasionally it ends up on someone’s head. Animals in the forest poop on the leaves. And fish in the streams . . . Well you get the drift. Humans aren’t much better. We are civilized though and we use containers to hold our excrement.  And then we flush it away . . . to our lakes and oceans. Doesn’t it make you want to rethink the whole idea of taking a swim!

Now you might also want to rethink the food you’re putting in your mouth. Do you know what the best fertilizer is? Okay I don’t know if it’s the best but there are so many uses for it in the real world that it is mind-boggling. Poop. Dried elephant poop makes a great fire starter. Bat guano (poop)  is highly prized in some parts of the world. It gives a whole new understanding to the phrase “shooting the shit”.

When you take your oh so sanctimonious walk in the park think very carefully about what is landing on you. There are trillions upon trillions of teeny, tiny terminators that reside in the bodies of bugs. If it goes in, it has to come out. Their teeny tiny dung is in the air my friends. We are breathing it in!

The next time you hear someone talking about how our world is a cesspool you can agree. Problem is they’re speaking metaphorically and you’re thinking literally. From lowly shit a mighty world did grow. 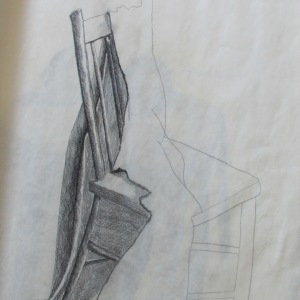 Life past, present, thoughts about the future