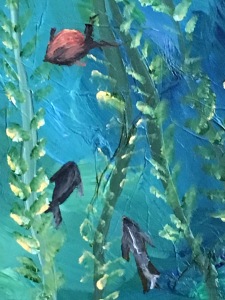 It’s a funny old word, not widely used but I think we see way too many examples of it every day.  The Great Sage GOOGLE says:

I am a big believer in confidence. We need to be confident in our daily activities, in our workplace and in ourselves. But sometimes that confidence becomes inflated and the result is hubris. And the way in which we experience it can sometimes be hilarious.

Have you ever been in a bar and spent your time watching what the other people are doing? Of course, one must do this with at least a beer in hand so as not to appear to be a pervert. Put away your camera phone and I would suggest that you not take notes. As you were watching them, the bartender is quite possibly taking note of you. Try explaining this to the police!

But I digress. In any large group of people, especially where alcohol is involved, they’ll always be at least one peacock. An individual who believes that he, or she, is the pinnacle of human evolution. They will prance, yes I said prance, around expecting adulation. They never for one moment think that they are anything less than perfection.

Some people are able to go through their entire lives believing in their perfection. It is quite sad when reality sets in. But not unexpected. After all, Society is the one who feeds in to this idea of hubris. We don’t let our children see reality. We coddle them and praise them, as we should, but they also need to know that failure does happen. We need to understand failure in order to appreciate success. I read a story many years ago about a grandfather who took his small grandson skating. When they were on the ice the older man lifted his arms and said “fall down” the child did just that. This happened several times in a row and the child asked why his beloved grandfather was making him fall down. The answer was simple: “You need to learn that it’s okay to fall down. When you’re not afraid of failure you can truly succeed.”

Our children need to learn that it’s okay to fail. It is part of the equation which leads to success. You are not ‘less than’ if you don’t succeed the first time, you’re simply on the learning curve. We need to let people, children, know what failure is like. Otherwise we will create a society with way too much hubris and not enough compassion.

The lessons we learn as children mold us into the adults we will become.