Give an idea wings and its flight will know no boundaries. 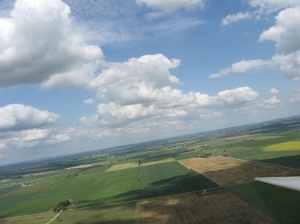 In the interest of full disclosure, I am admitting that I’m about to go on a bit of a rant. Some of the things I say may offend a few and for that I apologize. I don’t apologize for what I’m about to impart. I think it’s high time something was said. I am quite sure I’m not the only one who has had these thoughts. It is not said with any malice but plenty of forethought.

I recently watched part of the Emmy awards program. I was surprised at how few shows I had actually seen. And I do watch TV. I think a great many of them were actually on Crave or Netflix or some other alternative to regular television.  I enjoy watching actors that I admire. There was also a touching bit about individuals, in that business, that we have lost. There were a few I didn’t know about.

Award shows have always been a magnet for people to talk about fashion. In particular, the media loves to focus on what the women are wearing. I saw a few men in comment worthy outfits but they are not the focus of my rant.

Women have fought long and hard to be worthy of accolades. There was a time when women were less important than the livestock they cared for. They have worked hard to be seen as equal to men, to be equal to men. We talk about the glass ceiling and how we are consistently breaking it. Women want to be appreciated for what they are capable of, not how they look. Or so I thought.  And then you go to an awards show. And those dresses, in many cases, defy gravity! If you don’t want to be seen as a beautiful object, then why do you dress as one? We don’t talk about men suits and what a beautiful cut they have. We talk about women’s dresses and how good/ awful/ bizarre they might be.

A celebrity actually said that! Women are taped, plucked and wrapped up so they look extraordinary. It is an awful lot of work. But perhaps it is appropriate for a business that is all about the illusion. And the theme of the night seemed to be ‘breasts’.  Specifically: how little can you cover and still be considered decent.  A whole lot of taped died in pursuit of an award that night.

I am quite sure that Monday morning the call once again became ‘women should not be objectified’, unless of course it is by themselves.

If we spent as much time trying to fix our problems as we do complaining about them, we may not have any problems.

They say that revenge is a dish best served cold.  But it can be reheated.

If you are reaching for the stars, then at least you are looking up. 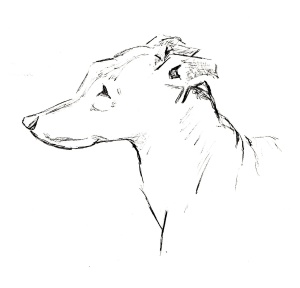 What do you carry

In the baggage you hold?

How tight do your keep

Do you shuffle and fold

The items you carry

Are they heavy and cold

Or cheerful and light?

Under lock and key?

With those you hold dear?

Or hide them away

Perhaps it is time

To reveal what you have

To lighten the burden

Each of us owns

Some baggage we hide

So don’t be afraid

A little chaos can be liberating.

Simple word.  Easy to say. Maybe not so easy to do.  Oh wait!  What does it actually mean? Well, it means:  things that are similar as in the same kind of music, the same kind of people.  It also means to be nice, to be considerate or helpful. That is the tough one.

Kindness is not a fashion statement from a bygone era, it is not an archaic anachronism that has no place in modern society. It is the means by which we will survive and flourish. “Survival of the fittest!” was the battle cry from Darwin but he wasn’t the first to broach it.  As a bare concept it has merit.  Stronger organisms preclude extinction.  Except that is only the first step.

Few species survive alone.  Some do but even they must come together to procreate. If you look around at the rest, they are in groups. It is easier to find food, to raise young and for protection.  In order to survive as a species, there needs to be cooperation.

Kindness is a human concept we often attribute to the animal kingdom. Watch the tenderness elephants show to each other.  Along with the fierceness when the group is threatened. Watch adult lions play with their cubs.  We could learn a lot from observing that animal kingdom.  But we see ourselves as the apex predator, the boss.  We are not.  Individually we could be taken out by many creatures.  (and occasionally are!)  It is only our technology that gives us the upper hand.  And we don’t play fair.

We kill from a distance with powerful weapons or slowly by eroding habitat and poisoning the air and water.  We really don’t play fair.  One-on-one, we would lose. The animal kingdom has adapted itself for survival in the world.  We have adapted the world to suit us.

How we live in that world is how we will flourish.  Be kind.  We are all in this together.  There are those who believe in the survival of the fittest and they will die alone, as the fittest.  But it takes a village to raise a child, to have a life.  If all you want is the trophy, then take it.  We need to get back to living. 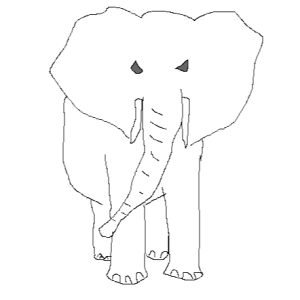 The path to a better world starts with you and the person next to you. 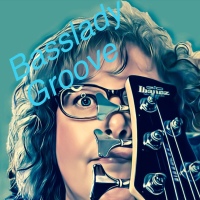