I first posted this when Canada turned 150 years old. I don’t think I could do anything better for this year. So, if it is familiar, my apologises. If it is new, please enjoy . .

The True North Strong and Free! 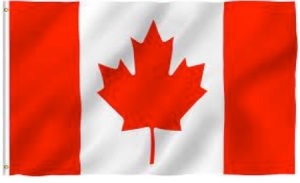 I am proud to be a Canadian. I live in a breathtakingly beautiful country from sea to sea to sea. We have forests and prairies, beaches and lakes, meadows and mountains. When I look up in the sky at night, I can see the stars shining brightly. (of course, I have to be outside the cities when looking up!) We are a people of explorers; deep thinkers and we are kind. No one makes better fun of us than we do ourselves. We love to laugh. We love to share and we love our country.

We have a reputation for being polite. Wow! If I’m going to be known for something, good manners are right up there at the top. I thank you for that. We have a reputation for honesty and compassion. We may not be known globally for our scientists but I would hazard a guess most of you have used something invented by a Canadian. Turn on any light bulbs lately? We don’t brag much. We don’t have to. Most Canadians don’t know what we have contributed to the world. But that’s okay. What is most important is that we did contribute. The world is a better place because Canada is here and I think Canada is better off being friends with the rest of the world. We make a good friend.

It’s not our way to blow our own horn but once a year we stand up and shout our pride. We are not perfect. We’ve screwed up as a country and individually.  Who hasn’t? Hopefully we will correct our mistakes and learn from them. I like to think we will. We are still a young country, still learning. But I think that is an important trait:  a willingness to learn.

In the greater scheme of things, we are probably no more than a baby. There’re places in the world, many of them, which have homes older than we’ve been a country. We have some catching up to do.

May my country grow old with wisdom and may her people learn to appreciate her. I do.

From Wikipedia, the free encyclopedia

Canada  is a country in the northern part of North America. Its ten provinces and three territories extend from the Atlantic to the Pacific and northward into the Arctic Ocean, covering 9.98 million square kilometres (3.85 million square miles), making it the world’s second-largest country by total area and the fourth-largest country by land area. Canada’s border with the United States is the world’s longest binational land border. The majority of the country has a cold or severely cold winter climate, but southerly areas are warm in summer.

Canada is sparsely populated, the majority of its land territory being dominated by forest and tundra and the Rocky Mountains. It is highly urbanized with 82 per cent of the 38,069,456 million people concentrated in large and medium-sized cities, many near the southern border. One third of the population lives in the three largest metropolitan areas: Toronto, Montreal and Vancouver. Its capital is Ottawa, and other major urban areas include Calgary, Edmonton, Quebec City, Winnipeg and Hamilton.

Canada is one of the world’s most ethnically diverse and multicultural nations, the product of large-scale immigration from many other countries. Its advanced economy is the eleventh largest in the world, relying chiefly upon its abundant natural resources and well-developed international trade networks. Canada’s long and complex relationship with the United States has had a significant impact on its economy and culture.

Canada is a developed country and has the tenth highest nominal per capita income globally as well as the ninth highest ranking in the Human Development Index. It ranks among the highest in international measurements of government transparency, civil liberties, quality of life, economic freedom, and education.

From Wikipedia, the free encyclopedia

I wonder what we’ll think of next?