After every ending there is a beginning.

My tree has leaves in winter,

Sitting on a limb.

It’s such a pretty picture,

As I watched the daylight dim.

Bunched together or all alone,

It changes as I look.

It seems to me they’re waiting,

And I am on the hook.

I made a start so long ago ,

It’s really not my fault.

A tree so bare is really sad,

The birds are more Gestalt!

They come from all around me,

To settle in my tree.

and it seems that they expect,

to get their lunch for free!

Beauty does not need to be understood, just appreciated.

Hard does not mean impossible.

My father was in a plane crash and that was pretty tense for a while.  but I didn’t find out about it until after we knew he was OK. I have come across car accidents just after they have happened. I offered what assistance I could but I was never in any danger. I have been trapped on a Lake in the middle of a horrendous storm but with all the canoes secured together we just floated it out. I guess I have just been incredibly lucky.

Many years ago, a friend of mine was in Mexico during a horrific earthquake. She was terrified. She and her companions huddled in the doorway and waited for the shaking to stop. She left the country the next day. I cannot begin to imagine what she went through. Maybe this is why I enjoy watching disaster movies. It isn’t so much for the disaster but how people respond to it. The hero and heroine always come out looking wonderful but it’s the side stories that interest me. It is the image of a stranger reaching down to help another. They don’t discuss ideology or politics or even the weather. They just help one another. I know it’s a movie and I don’t ever want to experience a tsunami to find out how I will react. Maybe if I watch enough disaster movies, I will know what to do but one can never be absolutely certain until you are in the moment.

All the planning in the world can be derailed by a simple misunderstanding or a missed appointment. We can have the best intentions but at the moment we freeze . Why? Because life is not an algorithm. It is a series of moments strung together to form your life, your existence.  Our reaction to what is happening around us is predicated on our past, our experiences and our understanding of the situation. People with proper training react without thinking. Police officers , first responders. These people have trained and acted out scenarios so that they will know exactly what to do without taking the time to formulate a plan. Sometimes seconds really do count.

For the rest of us we just react, hopefully responsibly. But it is in that moment of crisis when all the ego is burned off and what is left is the true merit of a person. I wonder what I will do …

Life will always find a way to surprise you.

I have no problem with someone else being in charge, as long as they do what I want. 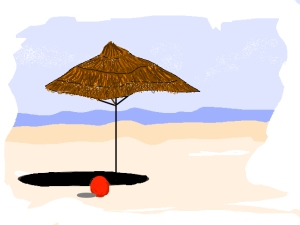 Wisdom comes in many shapes and sizes.

The little weed was struggling,

To be the very first.

He broke the crust and reached,

The sun then quenched his thirst.

He knew in time that others,

Would join him on his quest.

To greet the spring with honour ,

Then his goal was blessed.

He also knew that life,

Was shortened for his kind.

All the joy that he could bring,

The humans would decline.

But for a moment he was here,

The sun had touched his heart.

All the bliss he had inside,

At last he could impart.

This poem was inspired by Lucy and Twiggy over at johnwhowell.com

Life past, present, thoughts about the future, and ever changing world