Simple word.  Easy to say. Maybe not so easy to do.  Oh wait!  What does it actually mean? Well, it means:  things that are similar as in the same kind of music, the same kind of people.  It also means to be nice, to be considerate or helpful. That is the tough one.

Kindness is not a fashion statement from a bygone era, it is not an archaic anachronism that has no place in modern society. It is the means by which we will survive and flourish. “Survival of the fittest!” was the battle cry from Darwin but he wasn’t the first to broach it.  As a bare concept it has merit.  Stronger organisms preclude extinction.  Except that is only the first step.

Few species survive alone.  Some do but even they must come together to procreate. If you look around at the rest, they are in groups. It is easier to find food, to raise young and for protection.  In order to survive as a species, there needs to be cooperation.

Kindness is a human concept we often attribute to the animal kingdom. Watch the tenderness elephants show to each other.  Along with the fierceness when the group is threatened. Watch adult lions play with their cubs.  We could learn a lot from observing that animal kingdom.  But we see ourselves as the apex predator, the boss.  We are not.  Individually we could be taken out by many creatures.  (and occasionally are!)  It is only our technology that gives us the upper hand.  And we don’t play fair.

We kill from a distance with powerful weapons or slowly by eroding habitat and poisoning the air and water.  We really don’t play fair.  One-on-one, we would lose. The animal kingdom has adapted itself for survival in the world.  We have adapted the world to suit us.

How we live in that world is how we will flourish.  Be kind.  We are all in this together.  There are those who believe in the survival of the fittest and they will die alone, as the fittest.  But it takes a village to raise a child, to have a life.  If all you want is the trophy, then take it.  We need to get back to living. 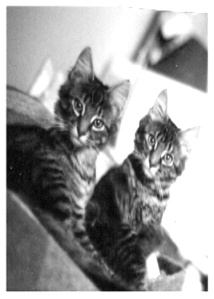 A friend said recently:  “I always feel better when someone smiles at me. It boosts my mood.”  It was in response to one of my quips and she is absolutely right: a simple smile can make a difference.

An act of kindness can have a major impact on the recipient. And here is the amazing part:  It is free (usually), hygienic, ethical, moral and (usually) legal.  Now is that not a subversive idea?

We spend our lives in pursuit of . . . stuff.  Money, power, recognition, acceptance are lures society spends its time chasing.  Is that a good thing? Actually, it can be good and it could be bad. It all depends on the outcome. But kindness is something each and every one of us has the ability to pass on. It could be as simple as a smile or a handshake or as complicated as necessary to achieve a targeted goal. Kindness does not have a template that one has to follow. It is just being nice to a stranger or a friend. It’s giving up your seat on the bus to someone who looks exhausted. It’s crossing your eyes and smiling at child who is just curious about the world. Kindness is the woman in her 80s who takes dog cookies when she goes out for her daily walk. She always asked the owner if she could give them a cookie and the dogs look for her. Everyone is touched. Kindness.

I wonder if it is a word and an act has gone out of fashion. That would be such a shame. We now have automatic doors so no one has to open a door for another. We have automated cashiers so we don’t even have to talk when we buy groceries. That is so sad. If we lose the desire to perform kindness then we will have lost far too much, perhaps more than we can afford.

A great kindness was done to me recently.  I was having my kitchen counter replaced and so I was without a stove top.  Hence no ability to make a cup a tea. (No, I will not boil water for tea in a microwave!) I love my tea in the morning.  A friend knew this.  She called and told me she was coming over. She arrived with a thermos full of tea.  It was my tea, steeped appropriately. I would have survived a day without a cup of tea but she knew I would miss it.  This simple act of kindness touched me deeply.

A simple smile as you walk down the street can lift the spirits of another. But we have to start. Each and every one of us has the ability to smile but its only true value is when we smile at another. I wonder what the world would be like if more people practice kindness?

We need to be kind to each other. 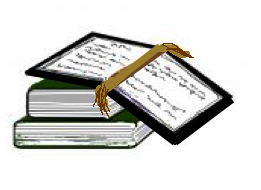 Be kind to the people who hate you. It messes with their heads.

Kindness is an act of hope.

Be kind to the people who hate you. It messes with their heads. 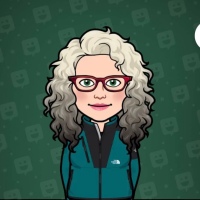