Well, I’m afraid it is happening again. I’m about to have a rant. So, in keeping with my character, I am warning you.  Not everyone may agree with what I have to say and I can appreciate that.  If I offend you, I apologize but that will in no way change my opinion. Read on, if you dare.

We live in a digital age. Information is passed instantly from person to person, country to country. We do not have the luxury of time to think, we simply react. I am not a fan. However, the ability to exchange information instantly has an upside. The media employs this daily and we do reap the benefits. The media is often getting a bad rap but not all of it is deserved. They perform a vital service that we could, in all honesty, not to do without. But the media has a dark side. It is dangerous, it is insidious and it is all too real. Let me give you a fictitious example… I would like to think this is fictitious but it may not be, in all honesty.

A young politician is walking down the street towards his office gripping his first latte of the day. He’s feeling good about his constituents about his belief in the system when he is approached by a pseudo-reporter. A microphone is thrust into his face and a very attractive young woman asks a question: “Are you using still cocaine on the job?” The young politician has not built up a repertoire of how to deal with such intrusions so he simply looks stunned, shakes his head and tries to bolt for the building. All of this is caught on camera. Our pseudo-reporter now has the time to interpret his reaction in the most salacious and derogatory manner she can. That’s what sells right? But she has 3000 followers and within seconds they all know what she wants them to know. The young politician? Never touched a drug in his life and now his career as a politician is in tatters.

Too many people out there are interested in dirt, scandal, salaciousness, vulgarity and you can package it anywhere you want. They don’t want the truth; they probably wouldn’t even know if you hit them with it. They want gossip. And there is an aspect to the media nowadays whose only goal seems to be the gutter. Should we call him the Gutter Media? Or Dirt Mongers? They spread hatred through half-truths and lies, false news and innuendo. They are the Media Terrorists that we should be afraid of. And they are protected. Sadly, they are protected by the Freedom of Speech. That freedom was bought and paid for by our ancestors who died for those rights.

If you feed a child nothing but sugar and fatty foods from a young age, they will grow up to crave it. Few will be able to make the break. That is what a section of the media is doing to us. They say we are asking for it and they are right only because we have become addicted. We need to break the addiction; we absolutely need to! 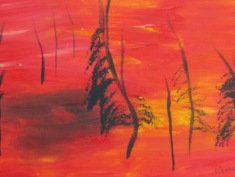 I do want to know what the politicians are doing with public funds.  I want to know if a politician’s extracurricular activities will impinge on the job he or she was hired to do.  I do not want to know what his sexual preferences are.  If it is between two consenting adults then it does not matter to the rest of us.  Or it shouldn’t.  The same goes for the celebrity types.  It’s none of my business, please don’t make it so.

Private should mean just that:  private.  This thirst so many people have for the ‘dirt’ on others is unseemly.  I find it demeaning to the ‘looker’ and the ‘lookee’.  But I fear I am in the minority.  Who am I to judge another’s form of entertainment.  It is a multibillion dollar business.

One of the things the media loves to say is that “the public has a right to know”.  Yes, they do.  Mostly.  The public has rights.  But an individual also has rights.  I am horrified when I see an accident where there are deaths.  The media scrambles to find out the names of the people that have died.  They don’t care if the family has been notified, they just want the scoop.  That is wrong!

Many years ago my father was in a plane crash.  He broke his back but he survived.  Once he was out of the hospital the media descended on my family.  There were aggressive strangers calling and asking questions.  There was a media truck that was parked outside our home way too often.  My mother and I, on more than one occasion, had to sit where we could see the house and wait for the truck to leave.  Then we would race home, hide the car in the garage and run inside.  Why?

I was a teenager I should not have had to walk around checking out strangers over my shoulder.  They wanted to know how I felt.  You want to know how I felt?  I felt violated!  I was a young adult and I was dealing with the trauma of what my father was going through.  I was having to watch every word I said. Idiot reporters were quite happy to twist anything I said to make it sound more salacious!  With everything that was going on in the world and they wanted to harass my family?  I didn’t understand it then and I don’t understand now. I hated the media!

I believe the media has a role in our world.  I think for the most part they are doing a good job.  But full disclosure comes with huge responsibilities.  The media, I am sure, is aware of that but they act as if it’s not their problem.  That does not make sense to me.

My parents used to have a boat moored a few hours from our home.  They would go up there on the weekends and for vacations.  One weekend there was a tornado.  I was concerned but I believed the severest weather would miss them.  So you can imagine my concern when I turn on the TV only to discover they are reporting the path of the tornado to be directly on top of my parents!

Because of the severe weather I knew I would not be able to call my parents.  So I waited.  I knew they would call me as soon as they were able.  It was almost 2 days.  They were fine.  The weather had been rough but the tornado had not touched down anywhere near them.  The report was wrong!  These  @#$%^  media types had published information that was untrue!  I am quite sure I am not the only one that was in a state of panic because of that report.  I never heard an apology, but then one rarely does from the media.  They wanted their scoop and didn’t care if the information was wrong or who they hurt.  Can you appreciate now why I’m not a fan of the media?

We live in a society of fear perpetuated by a well meaning media.